An Idea Was Born

It's hard to see a Gradall excavator in action for the first time and not come away impressed. The telescoping boom and the rotating bucket do their work with a smooth precision reminiscent of factory robots. But the wellsprings of Gradall's high standards of performance predate the development of robots by decades. That performance is very much the result of a skilled human operator working with a precisely engineered machine.

"Skilled operators tend to gravitate to and excel with a Gradall," said Ray Ferwerda Jr., president of Gradall distributor Great Southern Equipment. "A true Gradall operator is an amazing thing to watch. It's like the machine's boom becomes an extension of the operator's body."

The Gradall excavator was born in 1944 in the Cleveland suburb of Beachwood. For inventing and developing the Gradall, brothers Ray and Koop Ferwerda were inducted into the AEM Hall of Fame in 2020. (Ray Ferwerda Jr. is Koop's grandson.)

The brothers were immigrants to the United States, having journeyed from the Netherlands to Lake Erie on a steamship in 1920. Their perseverance was immediately tested as a boiler explosion on the ship left the passengers scattered, with Ray ending up on the lake's southern shore in Ohio and Koop finding his way to Ontario on the opposite side. Neither spoke English, nor did they know one another's whereabouts, but each communicated with relatives back home to track down the other.

After their reunion in Cleveland, the brothers found work in construction. Just five years later, they started their own business, Ferwerda Brothers Construction. The company was heavily involved in construction projects of all sorts, including building roads and bridges. By the 1940s, the need for something that could do what the Gradall ultimately did had become apparent, and the idea for their invention had begun taking shape in their minds.

Like so many innovations, the idea was sparked by a real-world situation that was growing increasingly problematic. Since the late 1930s, there had been a growing stream of workers moving away from construction to factory jobs, pulled by the production needs generated by World War II. The resulting labor shortage created challenges for firms responsible for labor-intensive tasks, like roadway grading. At that time, the final fine grading of roadbeds required a team of men wielding shovels, rakes and pikes on the embankment just below the road level. The brothers envisioned a machine that could do the task as well or better, freeing manpower for the war effort.

"They were contractors at heart and designed and built the Gradall out of necessity," said Ray Ferwerda Jr. The brothers sold some of their equipment and rented a Beachwood garage in order to develop a prototype along with two other contractors.

Ray and Koop brought some complementary skills to the task, according to Ray Jr. "After they conceptualized the basis of the Gradall together, Ray focused more on the business side of promoting and selling, while Koop focused on the design details and building the units."

The twin centerpieces of the innovative design were a telescoping boom, and an attachment (a bucket or blade) mounted on its end, both hydraulically powered. The boom's frame was triangular in cross-section, giving it greater strength. Thanks to a special tilt cylinder setup, the bucket or blade could be rotated up to 45 degrees in either direction, emulating a human wrist. The prototype was mounted on a government surplus truck.

This design, of course, enabled the Gradall to sit on the roadway and extend the attachment below, either raking or excavating below its own base. Ray Ferwerda Jr. points out that the new machine had advantages beyond compensating for the shortage of labor; the design allowed crews to do the final ditching later in the season and finish up roads before winter hit. "It can still do it all. It was one of the first machines on the job and the last to leave."

The Beachwood garage saw five additional Gradalls produced by 1945, including three that were ready to be sold to the first interested buyers. Successful demonstrations at construction sites all over Ohio led to a contract for full-scale production with a manufacturing company. Cleveland's Warner & Swasey acquired the right to all the patents, and in 1946 the Gradall M2400 series went into production, the first fully hydraulic excavator to do so in the U.S.

Both Ray and Koop moved to Florida, each with different plans. Ray got back into contracting, with his company becoming a Gradall distributor. Koop, ever the hands-on guy, stayed on with Gradall as a service adviser. Koop's son, Ray Sr., continued the Ferwerda/Gradall legacy by establishing Great Southern Equipment, the current Gradall dealer in southern Florida.

While the Gradall company has changed ownership several times, the company's engineers have continuously made bigger and more powerful versions of the Gradall. Annual sales quickly grew from the modest first-year performance of those three units built in the Beachwood garage. In 2016, the 20,000th Gradall emerged from the production line.

But one of the very first units sold lives on today. Found by a Gradall employee in an Akron junkyard in 1964, it was purchased and partially restored, and is frequently displayed at events like CONEXPO-CON/AGG – a tangible expression of Ray and Koop's legacy.

Still, it's the intangible side of Ray and Koop's legacy that's more important. It lives on in the family in several ways, from an entrepreneurial spirit to a love of scuba diving.

Ray Jr. said, "That entrepreneurial spirit that Uncle Ray had really flowed to my dad." Ray Ferwerda Sr., Koop's son, started Great Southern in Tampa as a sub-dealer to his uncle. Ray Jr. is now in charge of Great Southern. "We're very proud to be part of that Gradall growth and history."

Ray and Koop's sense of adventure led them to become avid divers and treasure hunters once they'd moved to Miami, a passion passed down through the generations as well.

But the real extent of the brothers' legacy goes well beyond the family, a point that hadn't hit home with Ray Ferwerda Jr. until after their Hall of Fame induction. For that, he's very grateful to Mike Haberman and Jim Grant of Gradall for their perseverance in presenting the brothers' case to the committee. "This award got conversations started. At the AED Summit in Las Vegas this year, an engineer told me how grateful he was to the Ferwerda Brothers for the impact they'd had on so many families, giving people careers. I'd been so focused on what we're trying to do here that I'd never had that perspective on how many lives were improved because they were part of the Gradall family. I'd heard it before but never connected it like that. "It was a very special conversation." 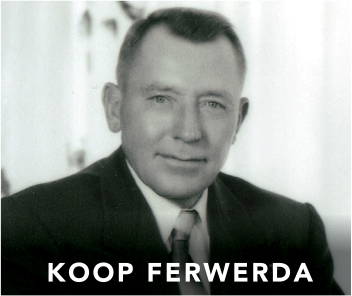 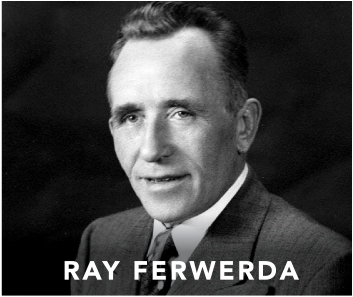 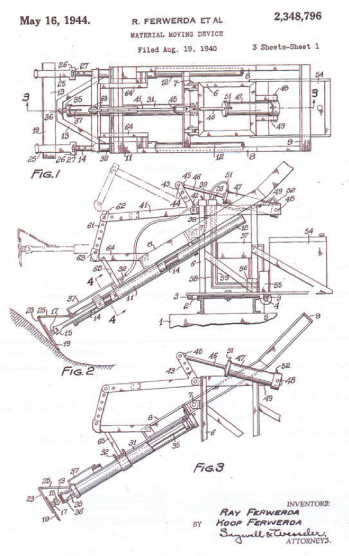 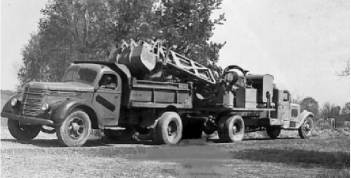 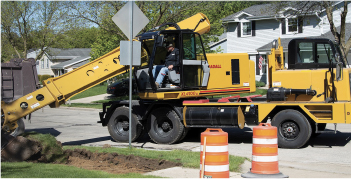